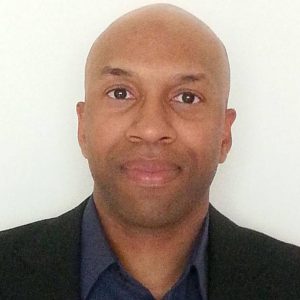 “I have witnessed too many unfair opportunities for kids, specifically with our underserved, children of color. I started Young Thinkers of York to provide kids, regardless of their circumstances, equal access to a STEM learning experience. As a parent of a son who has been involved with robotics for the past 8 years, I truly believe that a STEM education can help define a person and not their zip code.” Ray Ames, Jan 2021

Ray Ames is the founder and has served since 2017 as the Executive Director of Young Thinkers of York, a nonprofit organization dedicated to bringing robotics and engineering along with other youth STEM programs into the City of York. From the very beginning, Ray set out to become the connector between young people and robotics in the City of York. Known as the “Robot Guy” to so many students and parents, he has personally provided lessons and workshops to over 1200 students.

Over the past 5 years, Ray has diligently worked to create programs and workshops for all ages. Laying down an early foundation is key in making the connection between urban communities and science and technology which is why Ray’s youngest students are 3 years old. Ray is best known for creating a FIRST LEGO League (FLL) robotics team for elementary and middle school students in the City of York called the RoboThinkers. His teams have won 14 awards and in 2019 was the 1st team in York County to ever compete in a national FLL competition.

Before devoting his work full-time to Young Thinkers of York, Ray was the president of The Central Penn Business Group, a marketing company serving small businesses in York. After recognizing the lack of diversity and representation of the underserved community in local STEM positions, Ray decided to direct his attention to sharing his robotics and engineering expertise with as many young people as possible through his afterschool program.

Ray is a graduate of Penn State University with a BS in Business and a minor in Information Sciences & Technology. He has taught a classroom robotics course at York College to prepare future teachers with bringing robotics into their classrooms.

Ray enjoys reading, traveling, and spending time with his family and has been a resident of York since 2002.